A film about transgender people’s participation in sports.

A reflection on change, will, and the power of dreams.

Bologna, 2020. Valentina is a transgender athlete with a visual impairment. About two years ago she started her transition towards the female gender. Before her transition, when she ran in the male category, she had won several Italian titles. She now wants to cap off her career by running, as a woman, in the Tokyo 2020 Paralympic Games, as the first transgender athlete to represent Italy in an international competition. 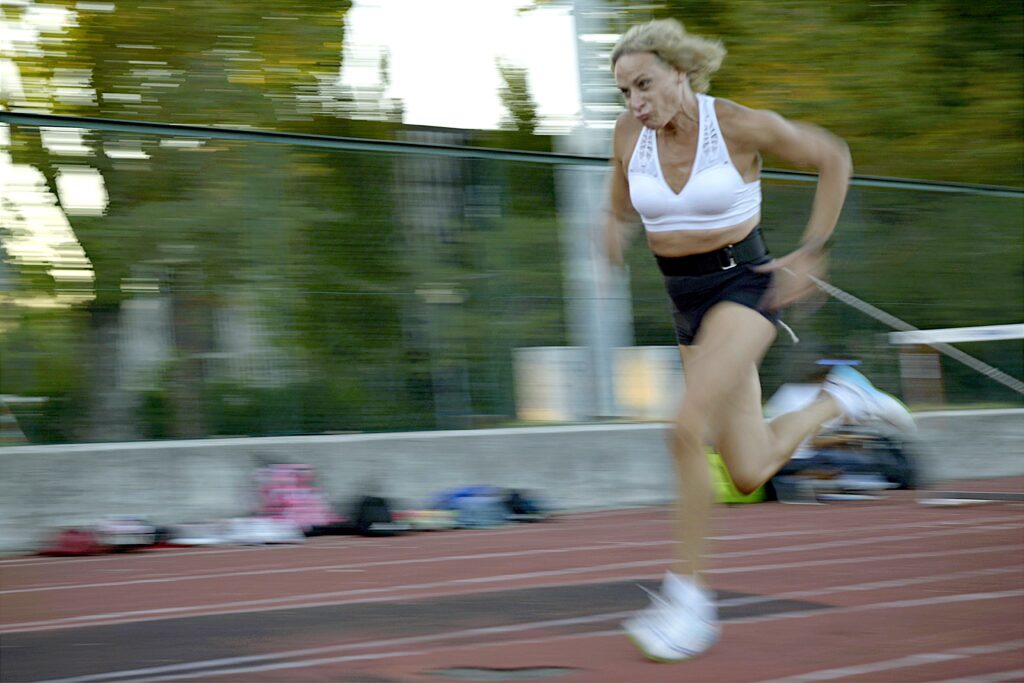 How the project was born

Valentina met activists from Gruppo Trans at a time when she was about to stop running. She wasn’t allowed to compete with women, because legally she isn’t one yet, but she couldn’t share men’s spaces either. Sports authorities didn’t know how to deal with her problem – or they refused to face it. But to Valentina, who is an athlete with disability, running is a way to feel strong, to feel at home in her own body. That’s how the decision to make this film was made at first: to give her the support she needed to keep on fighting. 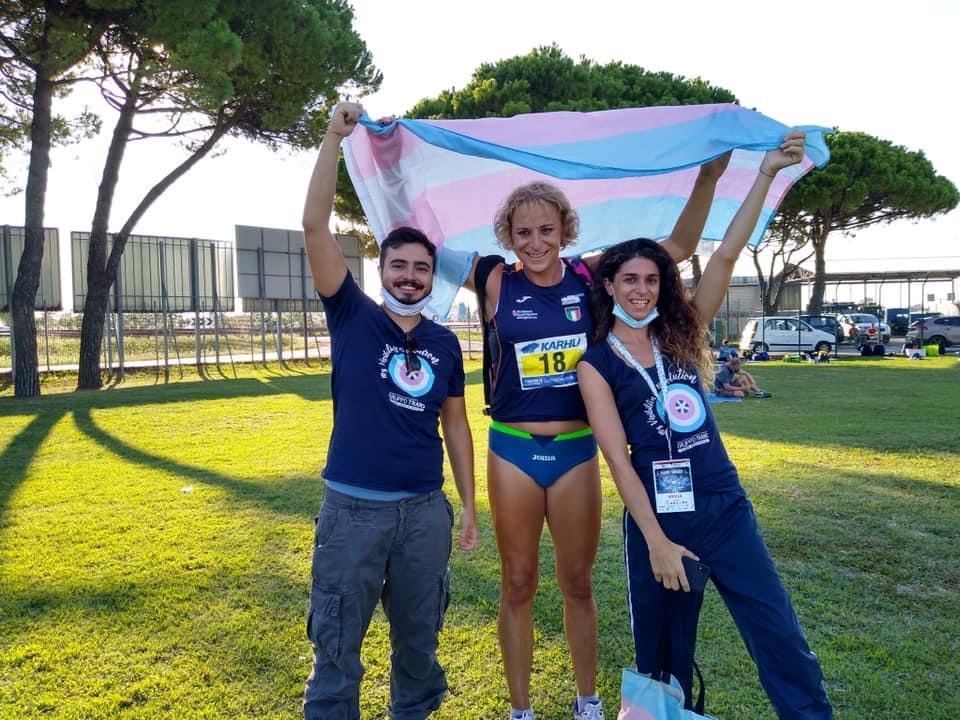 A documentary film with a potential impact

The film addresses an important and controversial issue: transgender people’s participation in professional sports events. In other countries, and in the UK in particular, inclusion of trans women in sports is already a debated subject, polarizing public opinion more on an ideological level, rather than on the scientific level. In Italy is still a somewhat unknown subject, but much debated at the grassroots level. Trans people excluded from sports are many, judging by the number of people searching for answers from the sports associations. UISP – the Italian Association Sports for all, partner of the film project, was the first Italian organization to include trans people among its associates, thanks to a special card named Alias. 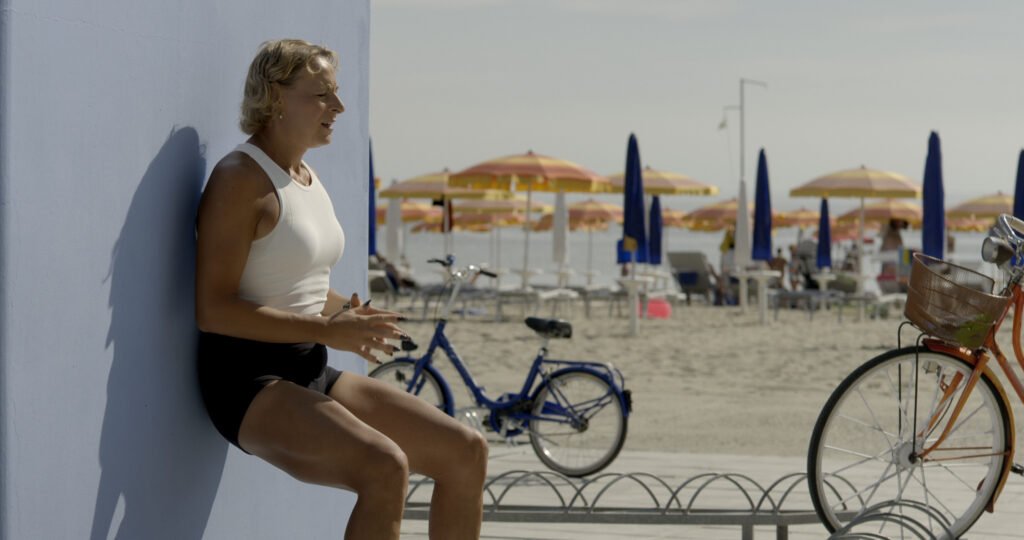 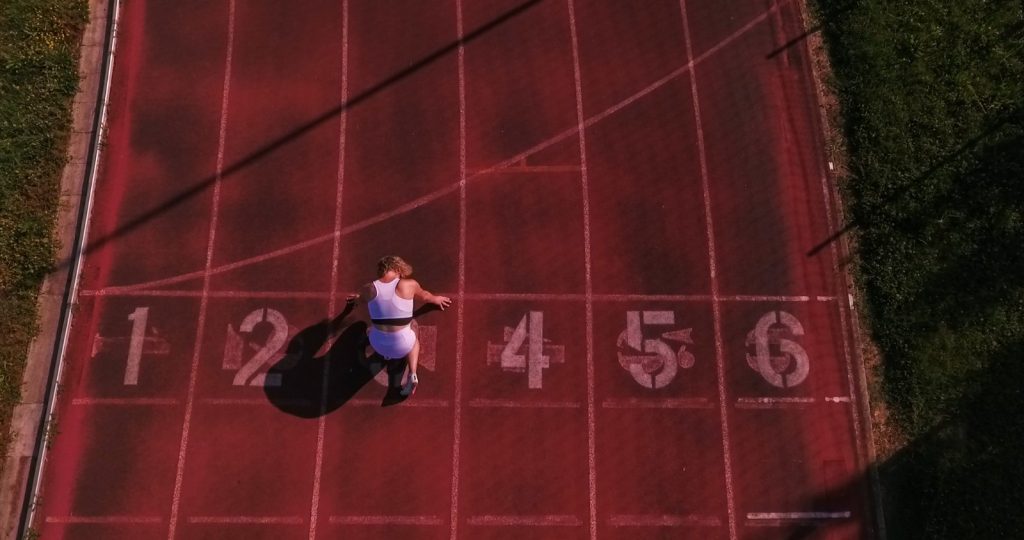 A different look at transgender people representation in media

The media rendition of transgender people’s stories usually revolves around two options:  on one side the sensationalistic approach, relying on the public’s morbid curiosity for sexual “deviation”.  This approach is often accompanied by the idea of suffering: the trans subject is by definition a suffering person, and his/her travail derives directly from the condition of being “different”. At the opposite side are the narratives that one could define of “assimilation”, telling about gender transitions as stories of personal success. A success tightly linked to a binary representation: heroes of these stories are the more feminine trans women, and more masculine and reassuring trans men. In this film we hope to tell a human, moving story, without running away from its complexity. The story of a woman who wanted to be born with long blond hair, but had to choose the harsh reality of a hair transplant, rather than the reassuring illusion of a wig. The story of a Italian ex record holder who prefers to be “a happy, but slower woman rather than a fast, but unhappy man”. 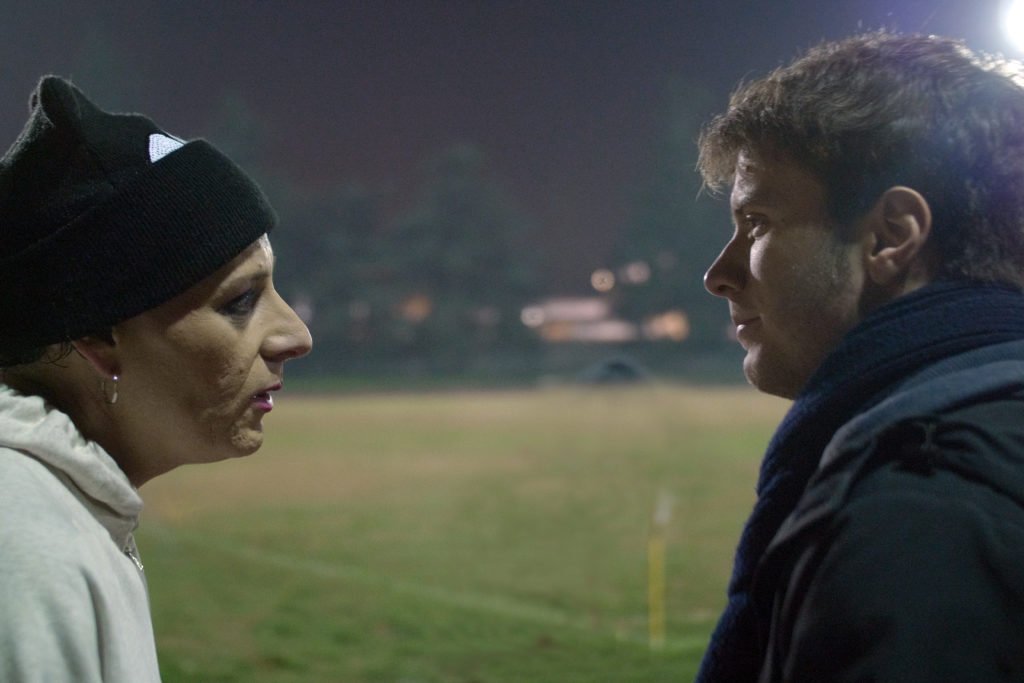 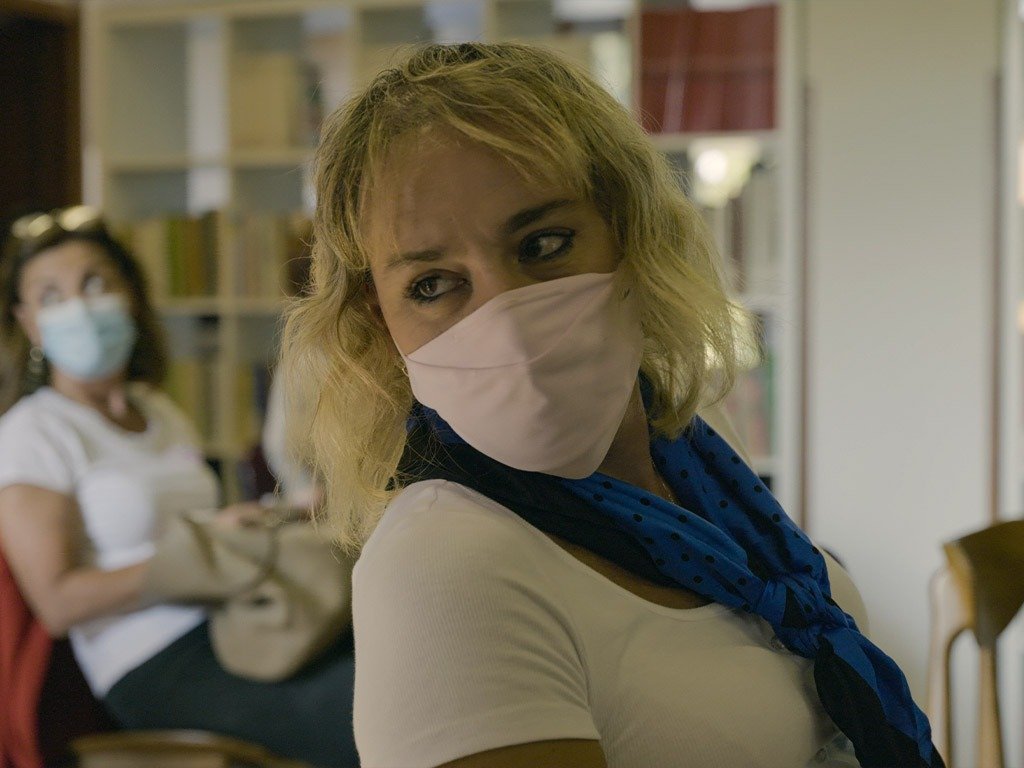 A protagonist, many identities

This film will not shy away from contradictions and debate.

Valentina speaks with many voices, and her body poses several challenges to the norms. None of that is left behind.

Valentina is a disabled person who runs fast, because she found in the sports practice the setup that makes her feel at peace with herself.

Valentina is a woman: it doesn’t matter if she was born that way or if she chose to be a woman, the difference is not so big anyway. Valentin is not a failed male: she had all the traditional male symbols at hand (work, family, home, sport success), but she was ready to question everything. Her story is not one of trans realization but a human success story. A coming-of-age story based on a double realization: to be a woman and of the limits that society still imposes on women as “the weaker sex”.

From this point of view the threshold of 5 nano moles that we chose as the title for the film is telling: in the track and field sector this is the limit of testosterone allowed for athletes who intend to compete in the women’s category. It represents a symbolic boundary  between male and female.

An arbitrary limit which shows the shortcomings of rigid gender binary that pervades our society. 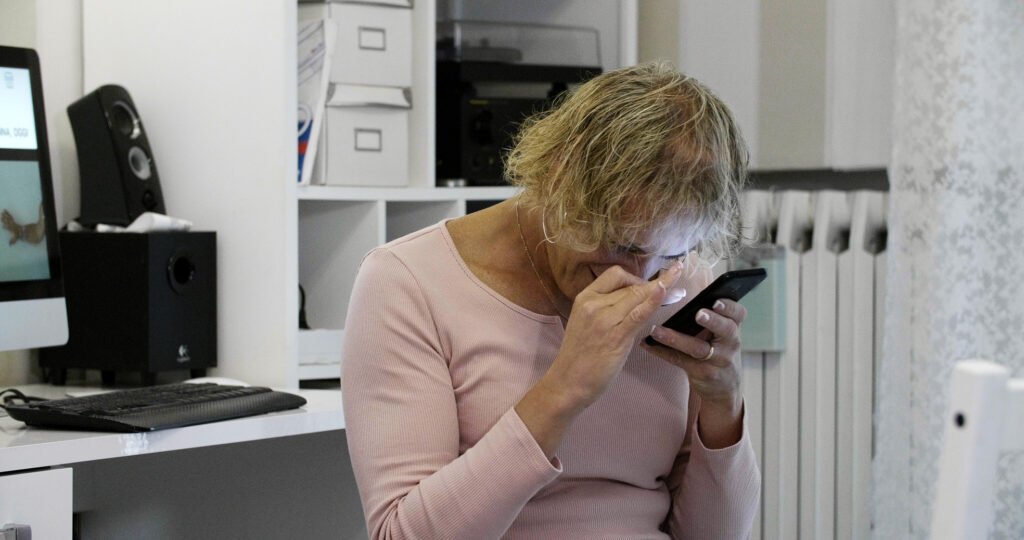 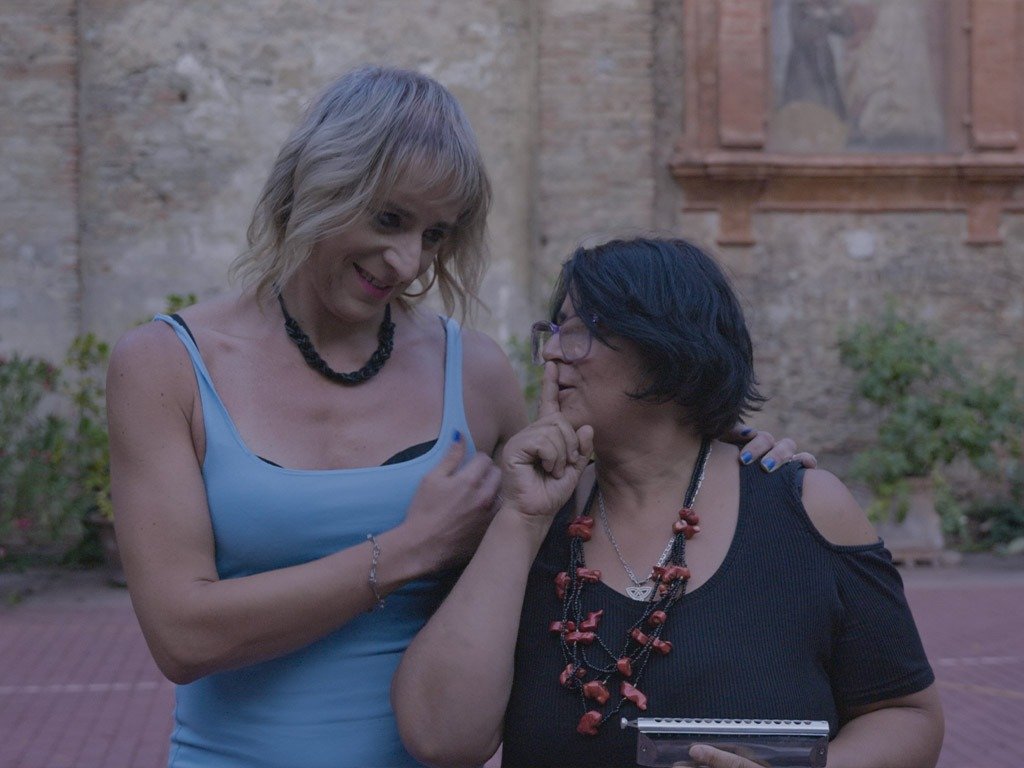 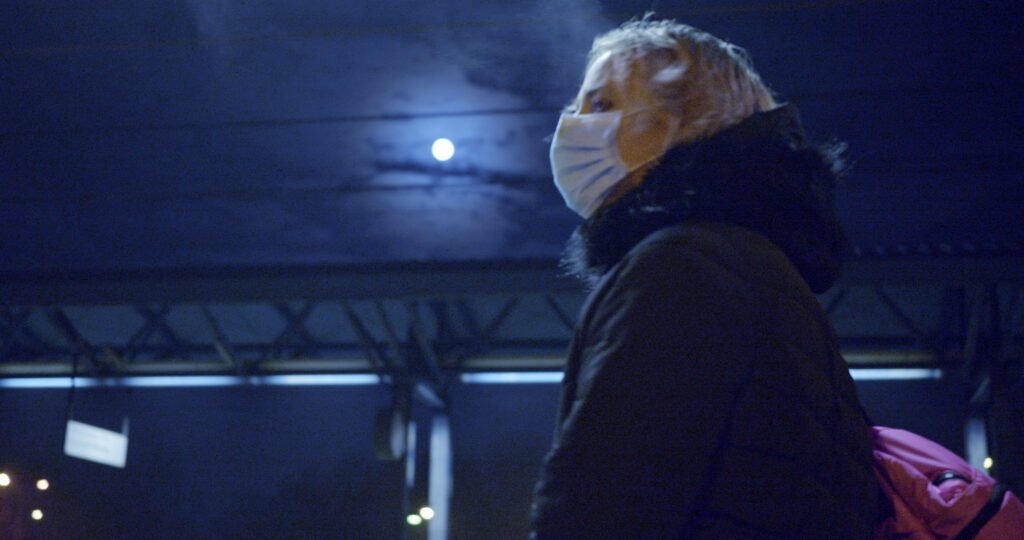